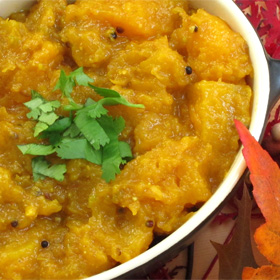 I have just returned home after spending almost three months in China with my husband who was conducting a series of seminars there. It was wonderful to be welcomed with the pure, clean crisp autumn air and the magnificent bouquets of colorful leaves on the trees that my eyes feasted on when I woke up after the first night back on “terra firma”. I clicked on the Facebook shortcut and the page actually opened up!

Although the news around us is filled with the grim realities of the worldwide economic turmoil, let us pause to give thanks this Thanksgiving for what we have rather than what we do not.

We were recently saddened at the passing of two all time great entertainers, Jagjit Singh and Andy Rooney.

Andy takes me back down the memory lane to the early seventies when I had just moved to the US. Those were the simple days of having just three clicks available on the TV tuner with a couple more for the snowy VHF stations which existed almost solely to play the reruns of classics like ‘Gomer Pyle, USMC.’ Sixty Minutes was the number one show of all three major networks. We would watch the show every Sunday evening and Andy would invariably leave us with a smile and take the edge off the onslaught of the approaching work week. One of my all time favorite episodes was the one where he unsuccessfully tried to get one and three tenths cents back after paying a dollar for three gallons of gas at 32.9 cents each (something like that)!

Released in 1979. More than three decades have gone by and Baat Niklegi To Door Talak Jayegi still gives me the goose bumps!

Albert Einstein, once said of Gandhi, “Generations to come…will scarce believe that such a one as this ever in flesh and blood walked upon this earth.”

In my opinion generations to come will have the same musings about Jagjit.  This Thanksgiving let us give thanks that we were around to watch and hear Jagjit and Andy “live.”  And once you have seen what the lack of individual freedom does to people as I witnessed firsthand recently, I am personally evermore thankful for the opportunity to be able to live in the good old US of A with TRUE liberty and justice for all!  Pumpkins are everywhere. Here is one of my all time favorite recipe – Kaddu. Try it in the coming weeks in the traditional Indian way or as a finger licking side with your Thanksgiving feast.